E16. Glad to be one of the official photographers for this major event in my church. It was as much fun working along side fellow believers and experiencing the Holy Spirit as Philip Mantofa shares his journey to hell and back. Scores of people flew in from all over the country just to attend E16. I think the total count exceeded 20,000 for both nights. Packed end to end. Most importantly, the Holy Spirit moved so powerfully that night, chains were broken, repentance and forgiveness among clans, re-dedication to the Lord, new anointing of the Spirit upon the leaders. This is where my heart is, to serve the Lord till kingdom come.

The pressure was on to capture the event as best as possible. So geared with my main primary arsenal, As a backup, my brand new (actually jumping ship) I was worried actually about the weight and bulk, as Stadium Malawati is huge, with a capacity of 10,000 people! Then the unthinkable happened. My workhorse, the Nikon D700 autofocus motor died on the day of the event! It was working before, covering my mother’s 60th birthday party just the week prior. Maybe it was a blessing in disguise, because I dump all that Nikon weight (at least 7kg), and shot the whole event with just the Fujifilm XT-1 and 18-55mm (total of about 0.7kg). OJT just became a reality. Just maybe the Lord knows my heart (or legs) needs the energy because I covered over 11,000 steps per night. With only the XT-1, I manage to use it’s wifi transfer feature to give church’s admin, on-demand photos, to update their social pages near real-time. If I had to juggle between two camera systems, most images would have been stuck in the Nikon as I’m more familiar with it. Another great factor is behind me there’s a team of 14 photographers to do the rest of the creative work. The best thing about E16 was the presence of God. There are times when I felt his presence so strong, I just drop my gear, close my eyes and absorb. So imminent, tears just starts to flow. So heavy was the glory, I miss it. I miss His presence. It reminds me back in the days of the Revival in 1997. But those are old glories, now looking forward to the revival that is prophesied to come to East Malaysia! And that’s why I’m still in church. Because God is real, God is moving, God is coming. 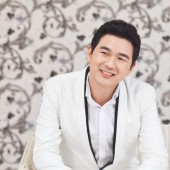